04 Apr PRINCE Brings His Hit And Run Tour To Detroit! 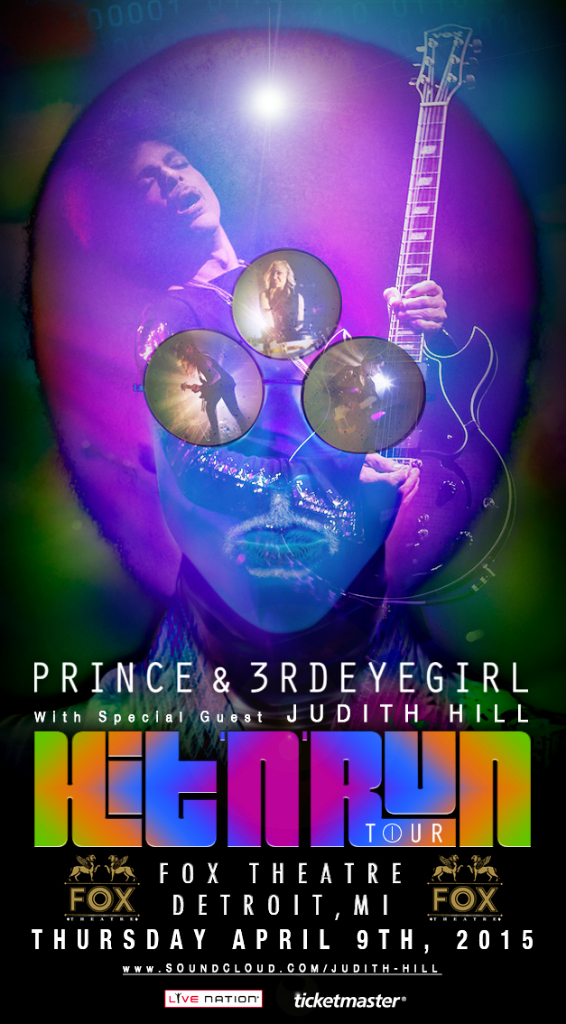 We told you exclusively earlier this week that PRINCE was going to restart his Hit And Run tour in April and the first date has been announced; Detroit April 9th!

Tickets will go on sale Monday via LiveNation.com and Ticketmaster.com. The show will be at the Fox Theater. Ticket link HERE.

There is a show at Paisley Park tonight for Judith Hill, which is being billed as a dress rehearsal, so for some dates on the Hit and Run tour, Judith Hill will be performing with her band.

Prince’s band, 3RDEYEGIRL, has received rave reviews for their Hit and Run shows over in the UK last Spring and the response to the kick-off shows in Kentucky were glowing as well.-DocFB