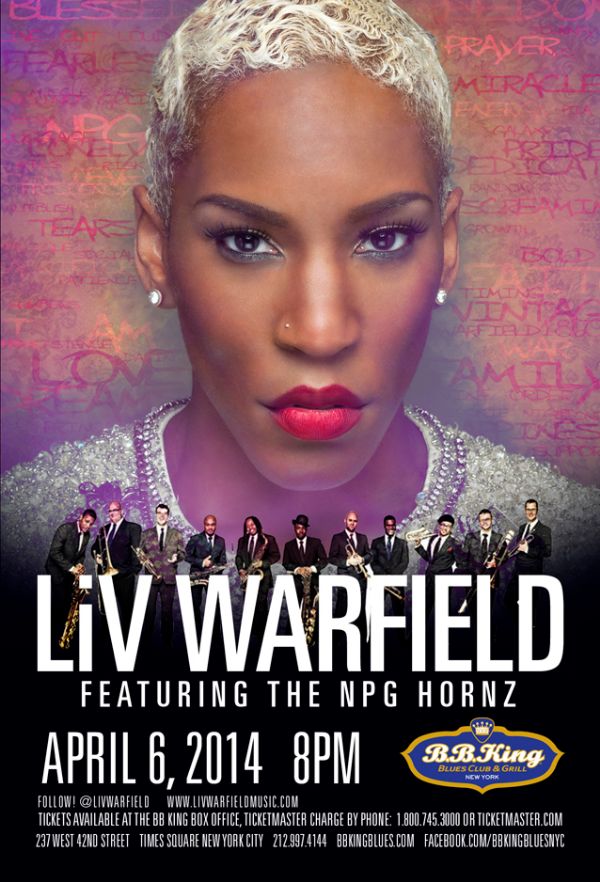 Liv Warfield & The NPG Hornz are going to perform in New York on April 6th, 2014 at B.B. King Blues Club. That is 2 days after her performance on...

Check out this  C O O L review of fDeluxe and Sheila E. by our friend at According2g.com We hope to have some cool videos and photos later from show, for...

The one and only PRINCE joined funk legend and friend Larry Graham on stage tonight at B.B. Kings in New York City.  We were told by a few funkenbabies that Prince looked faboosh...