07 Apr Prince To Appear On Tavis Smiley; Thanks Prince For Generosity 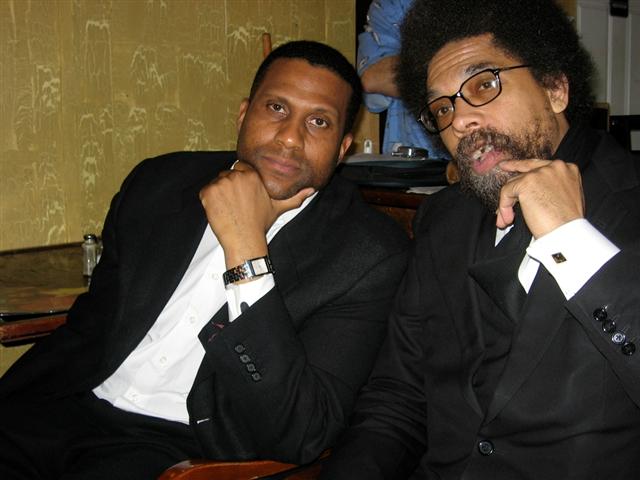 Tavis Smiley just sent out an email to his email list and it mentions Prince’s generosity and an upcoming appearance later this month on Tavis’s PBS show.

Here are most of the details of the email;

I hope this letter finds you well. I’d like to take a few minutes of your
time to thank all of you who joined in the 10th anniversary celebrations
of the State of the Black Union and the Tavis Smiley Foundation at the
Prince concert and the Gospel Brunch benefit.

During that historic weekend in February we were successful in raising
almost $225,000 to support our work of developing young leaders. Just like
you and many, many non-profits around the country, we’re feeling the
impact of the economic crisis, so we are counting our blessings that these
events will allow us to continue our programs.

As is common for some philanthropic individuals who donate to charitable
and worthy causes, Prince is one of those people who won’t tout his
contributions. He just doesn’t do it. He gives to give. In our case,
Prince not only donated his time but covered all expenses for the show and
mysteriously enough we received another donation matching
dollar-for-dollar the six-figure concert proceeds. Guess who?

By now you may know that he has released a new phenomenal 3-CD set,
LotusFlow3r, which showcases yet again his musical genius. The CD is
available exclusively through Target stores nationwide and retails for
$11.98 and is slated to reach No. 1 in record sales this week.

Because Prince has carved a creative niche for himself to own his music
and to market directly to the public, this project does not have the
traditional support of radio or a record label. Hence, you may have not
heard any of the CD tracks on your local radio stations. But these
circumstances should not prevent the public from hearing about or
accessing the work of an artist who is perhaps the greatest of our time.
So I’m asking you as our friends to take a minute to check out his CD for
yourself at a Target store or visit Target online at Target.com.

And in addition, later this month Prince is scheduled to be a guest on my
television show on PBS to discuss his CD and the challenges facing
independent music artists pursuing their right to self-determination.
Prince has given to our youth and I need your help to give a little back
to him.

Thank you again for your support and for your consideration.

(Extremely cool of Prince and great for Tavis to call him out because Prince sure wouldn’t say it.  We look forward to Prince’s appearance on Tavis’s show later this month.-Dr.FB)