12 May Spencer Pratt: Brody Jenner Is On Crack! 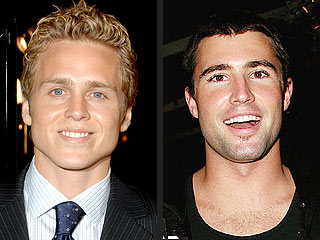 Well, it did not take Spencer Pratt long to comment on Brody Jenner’s comments about Lauren Conrad being replaced by Kristin Cavallari.

Bratt Pratt took to his Twitter account to go after Brody Jenner.  He said Brody is on crack and that Kristin owns Lauren Conrad.

He went on to say Twitter: “LC was the nerd on laguna beach that was trying to steal Kristin the cool girls love interest!”

“Kristin Cavallari would define a new era of the hills !! She was the most legendary reality tv drama queen !”

“When Kristin Cavallari took over narrating Laguna Beach from LC the Ratings sky-rocketed! why? because Kristin is infinitely better TV !”

Well, damn.  You know, we can’t argue with Spencer on this one at all.  LC is overrated! We still don’t watch the show, but she is overrated for sure.-Dr.FB