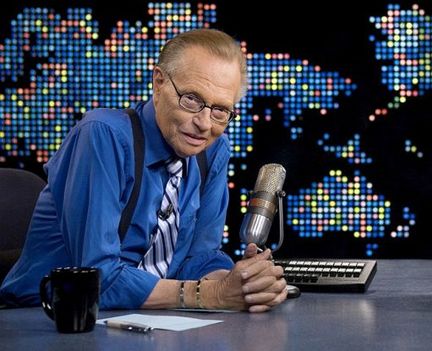 Larry King announced via Twitter he is leaving “Larry King Live” after 25 years on CNN.

He did the announcement on Twitter by first saying “It’s time to hang up my nightly suspenders.”  King’s ratings have been low but then again, everything on CNN has been low-rated.  His contract was up this fall and it was rumored it would not be renewed.

King is taking the high road by saying it is his decision and nothing else influenced his decision.  King has told he wants Ryan Seacrest to be his replacement.

From what we hear, Seacreast and “The Views” Joy Behr are in the lead for the job.  CNN says they will need 2-4 weeks to make a decision on a replacement.

Keep Piers Morgan in mind.  For those that don’t know who he is, do a search.