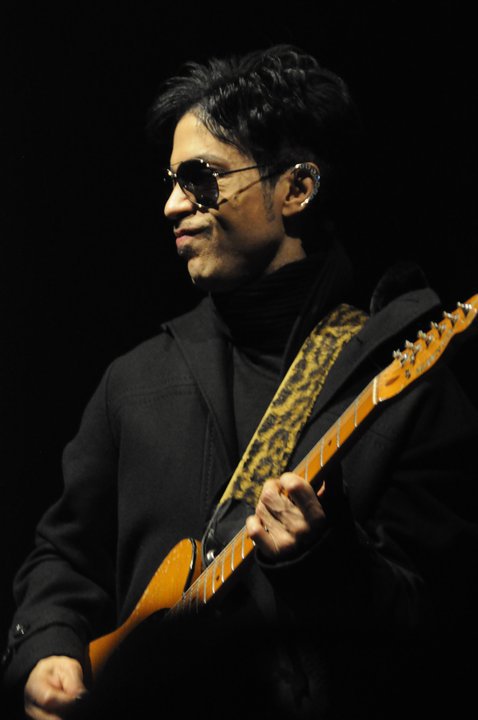 Prince continued his surprise appearances in New York City today when he dropped by the 107.5 WBLS studios for an interview; keyboard player Morris Hayes came with.

Prince talked about his upcoming shows at the IZOD Center on December 15 and 17, and his Madison Square Garden shows on December 18, 29 and January 18 (ticket info). Prince gifted the radio host with Prince candy bars – wonder if this means there will be some interesting new merchandise at the NY shows?

Prince also answered questions about the special guests that concertgoers can expect at the NY shows, how he stays looking so young, and whether he would ever launch his own shoe line (!!). Prince said he really doesn’t do interviews much because “if you listen to my music, that’s me now”.

During the interview, Prince sent prayers out to one of his backup singers, Shelby J., whose father passed away this week. We too send our condolences to Shelby and wish the best for her and her family.

Listen to the WBLS interview with Prince:

Special thanks to a reader for letting us know about this. – Dr.FB