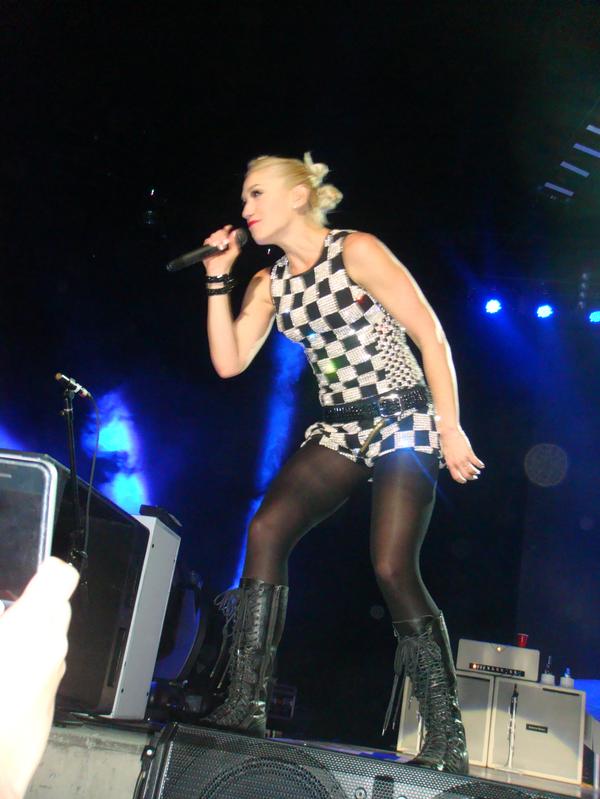 So is this a marketing ploy by The Forum?  The forum posted on it’s Facebook Fan Page yesterday that Gwen Stefani of No Doubt will be performing with Prince Friday or Saturday night.  Well, Friday passed and..no Gwen.  So that would mean….tonight, right?

Tonight will be the 7th night of Prince’s record-breaking 21 Nights In Los Angeles run at the Forum.

What we can tell you is that Gwen rehearsed with Prince and the NPG at the Forum almost 2 weeks ago for several hours, so it is supposed to go down and was planned.

An unreliable blogger who shall go nameless reported that Prince and Gwen were performing that night when actually it was just a rehearsal.

We have a feeling it will NOT be the Prince and No Doubt songs in existence but actually one of Gwen’s all time favorite songs by the Purple One..and perhaps a few more guest spots.

So far, Prince has had Ledisi, Mint Condition, Larry Graham, Chaka Khan, Sheila E., and Alicia Keys take part as his special guests either as an opening act or a surprise performer.

I am not going to lie, I would LOVE to see Prince and Gwen perform.  Will it happen?

Follow us on Twitter tonight as we will be LIVE tweeting from show n will let you know if Gwen plays: Twitter.com/Drfunkenberry -Dr.FB

Diagnosis:  Gwen Or Not, Prince Is Gonna Rock The Forum

Update!!  Gwen did indeed perform with Prince, doing “So Far, So Pleased” with Prince for the first time,

She also came out during “Cool” and Gwen along with the entire No Doubt band and husband Gavin Rossdale came out to dance during “Jungle Love”…..