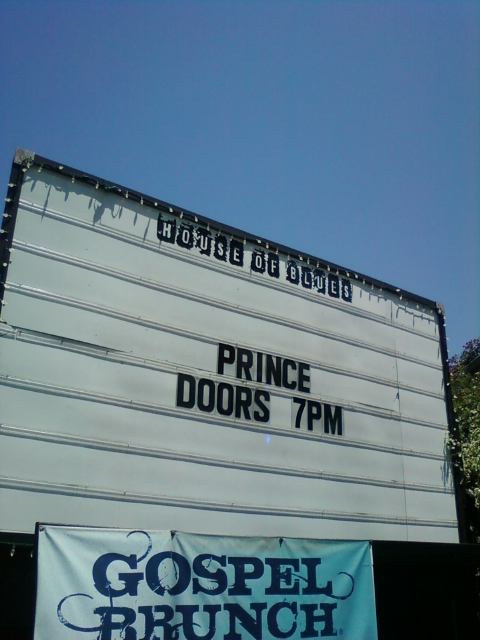 Prince played the House of Blues Wednesday night and brought along enough star power to rival the American Idol Finale!

The celebs went crazy with Prince as he did his classics such as “U Got The Look”, “Mountains” and “Let’s Work” along with a new song called “U Will Be With Me” that impressed the audience.  Tom Cruise and others were on the move all night.

After the show, Tom reached over to Katie with a huge smile on his face.   Charlie Sheen did not want to mingle with the Hollywood elite on the 2nd floor and chose to instead chill by the soundboard on the first floor.  Very interesting.  This was one of Charlie’s first public appearances since Ashton Kutcher was named to replace him on “2 and Half Men.”  Only Prince can bring Charlie out.

Later in the night, Bono joined in the fun watching Prince play until 4 in the morning!

Prince has 3 more shows at the Forum this Weekend in L.A., Friday Saturday and Sunday.  We can’t think of a better way to spend Memorial Day Weekend then partying with Prince.  Good seats are still available on Ticketmaster.com-Dr.FB