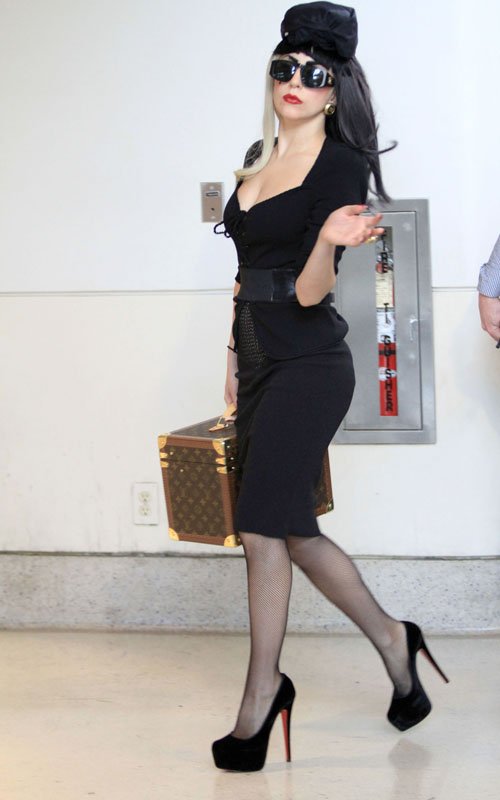 Lady Gaga looked quite gagalicious as she arrived in Los Angeles earlier today and learning she was nominated for not 1, not 2, but FIVE Emmy nominations.  Only Lady Extravaganza, I tell you.

What are the nominations for?  READ REST OF STORY

The nominations are for her HBO Monster Ball special at New York’s Madison Square Garden that aired back in April.

She is very likely to be an Emmy Award winner by the time the Emmy winners are announced in September on Fox.

Gaga tweeted upon arrival in L.A. this; “Just landed with incredible news to share. The Monster Ball is nominated for Five Emmy Awards! I’m crying, so proud!”

Congrats Gaga and could you do me one favor?  Can you make sure they fix the sound of that HBO special when it hits Blu-Ray?  Thanks!-Dr.FB