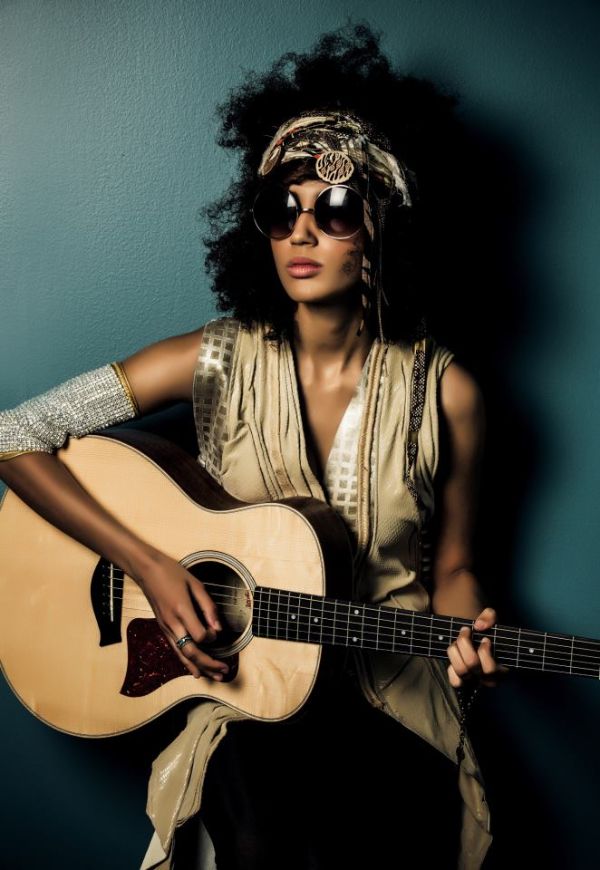 Check out this HOT news!!

Allo added some photos from her Facebook Page of a video shoot she did with Prince yesterday….

For more information and the press release, click on the continue reading button below…..

Chicago, IL—Andy Allo, funk/soul artist extraordinaire, has been announced to perform live at Prince’s after-jam at Chicago’s House of Blues on September 24, following a special performance by Prince himself, at his “Welcome 2 Chicago” engagement. The “Welcome 2” event will be held at the United Center earlier that evening, in support of the Rebuild the Dream foundation, founded by Van Jones, whose mission is to mobilize thousands of everyday people who come together to build strong vibrant communities, and to fix the U.S. economy from the ground up.

Allo, who opens for Prince on-tour and is a guitarist/vocalist in his band, The New Power Generation, will be releasing her sophomore CD on Prince’s NPG Records on September 20 titled “Superconductor.” The album is Executive Produced by Prince, and features six self-penned tracks by Allo, with three songs co-written by Prince – “Superconductor,” “The Calm” and “Gone.”

As soon as we felt Andy Allo’s energetic presence on tour with r band,” says Prince, “we knew she’d b leading her own revolution soon!”

Adds Allo, “Touring with Prince & The NPG has been a challenging and rewarding experience, and ‘Superconductor’ is a work of art that encapsulates the journey thus far.” A poet, songwriter, singer and dancer, Allo has been a member of The New Power Generation since 2011. Allo will continue to tour with Prince in conjunction with the release of “Superconductor.”