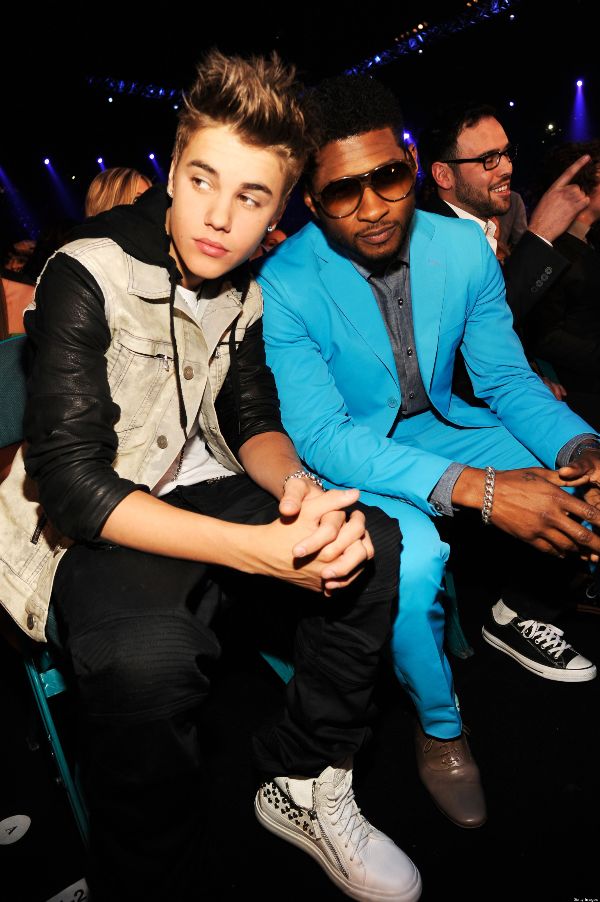 Usher appeared on The Ellen Show yesterday to talk about “The Voice” and his protege, Justin Bieber was brought up by Ellen and the headlines Justin has been making, and not all exactly for the right reasons.

“He’s young” can only be used for so long. Talented? Very much so. Yes, the camera’s are everywhere but when you have YOUR own entourage taking photos of you with blunts, where YOU post photos of you drinking alcohol at the age of 19, along with the countless media coverage and being hounded, it really doesn’t help you.

When Usher asks Ellen how would she like to have been filmed all the time when she was a teenager, she would have LOVED it. A lot of people feel that way. Privacy should be respected but when YOU are putting it out there, it doesn’t help.

I can understand the break-up in the public eye and how hard it is. The driving fast all the time in Los Angeles where it puts others in danger on the freeway and in your own community, needs to stop.

When the focus is only put on the music, then we can talk. Yet, his last album did not sell well. So, maybe you put these things out and you let people know where he will be to keep him talked about and not talk about how poor the album sales are, right? Seems to be working.-DocFB

Diagnosis: Young can only be an excuse for so long….