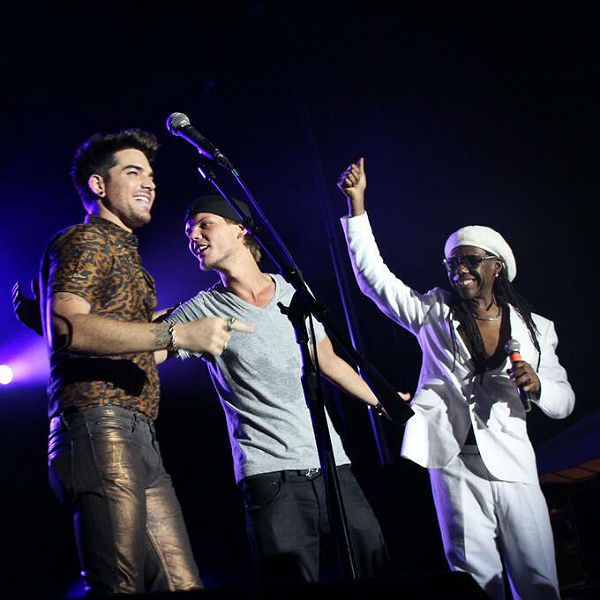 Nile Rodgers was performing a concert for the AFTEE (All For The East End) charity raising money for local non-profits. he called up Adam Lambert to cover “Let’s Dance” by David Bowie!

Adam is killing the Bowie classic!! Killing! Adam is def killing it!

A new song of Adam’s entitled “Lay Me Down” featuring Lavicii was also played so look for a post on that soon!!!!!-DocFB

Diagnosis: It really is pathetic that a label does not know what to do with Lambert. It makes me wish that America did get it right and chose him as the real American Idol over Kris Allen. I am not one for putting down others.  Just upset.  Hope you guys feel me.