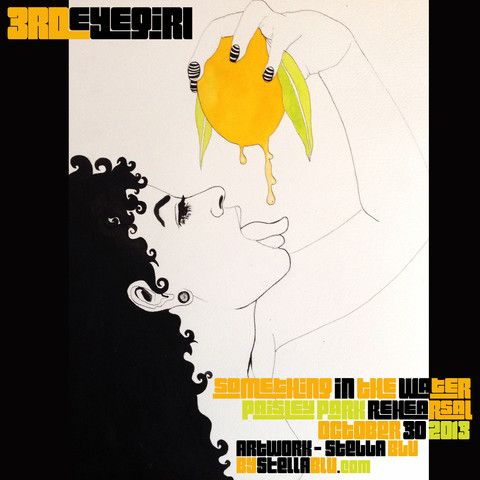 PRINCE has released a rehearsal version of “Something In The Water (Does Not Compute)” from the “1999” album. Will Livestream’s return that will feature rehearsal’s like that?

The Artwork is by Stella Blu.  OK Player, that is BLU. Thx.

Above is a wimpy mp3 version of “Something In The Water (Does Not Compute)” but you can buy a powerful wav version of the song HERE. It is only .88 cents for 7 minutes of funk!

Also, a new title for the 3RDEYEGIRL livestream has been created, aptly titled “NOVEMBER NOUVEAX” and was created yesterday. So far, no activity, although it might be worth keeping an eye on. Perhaps they changed it since the last title had “October” in it.

What is for certain is there will be a PRINCE Spreecast tomorrow, November 5th! So tune in for that!-DocFB

Diagnosis: That 7 minutes of “Something In The Water (Does Not Compute)” is amazing.  Make sure to download it HERE.