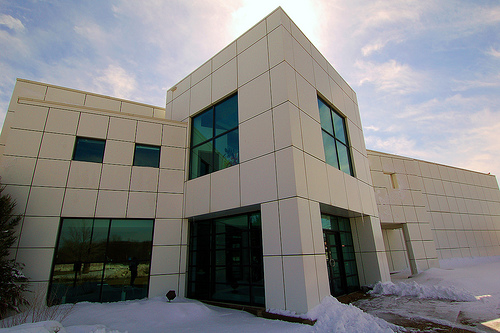 Paisley Park, Prince’s recording studio, will now be a museum and it will be opening a lot faster than anyone anticipated with tickets going on sale this Friday, August 26th.

The Core Media Group could pay cash immediately to the estate which is in desperate need of funds, which we reported earlier this month. Not including July or August, legal fees already totaled $2 million dollars. Also, the family will start getting money which is one of the main concerns.

Tyka Nelson, Prince’s sister had this to say about Paisley Park being turned into a Museum;

“Opening Paisley Park is something that Prince always wanted to do and was actively working on,” “Only a few hundred people have had the rare opportunity to tour the estate during his lifetime. Now, fans from around the world will be able to experience Prince’s world for the first time as we open the doors to this incredible place.”

Although true Prince was wanting to turn Paisley Park into a museum, there were certain things that he wanted in place and had designers working on, including new artwork for the studio, equipment being set up, and interactive items. None of this will be in place on October 6th when doors to Paisley open to the public. No recording engineer playing unreleased tracks or live recordings that were being mastered for release or for the vault. Nothing like that.

I know that in the past week, 2 people that were working for Prince/Paisley Park have been hired by Bremer Trust/Londell McMillan but it was not the people who was giving the tour in the past few years when Paisley would be open to the public for concerts and dance parties.

What is a #PaisleyPark tour without @prince walking through the hallways, calling in to the studios, and passing out cookies? #NoMagicLeft

I spoke to someone who used to give the tours of Paisley Park about the changes being made. “It’s like Willy Wonka and the Chocolate Factory without Willy Wonka now. Paisley Park will now have a whole new meaning. Everything used to be in the now. Now everything will be past tense.”

If this helps the fans heal, I’m for it. I would have liked it to be the way that he wanted it.

OfficialPaisleyPark.com is the place to get tickets and sign up for emails.

Tickets will be $38.50 and the tour will last for 70 minutes and guests can stay for an allotted time of 2 hours. There is also a VIP Tour Experience for $100 or more.

The hours will be scheduled from 10 A.M. til 10 P.M. during the week and will be from 10 A.M. until Midnight. Hours will change upon demand.

The tours will be done in 10 minute increments and will have 35-40 people per tour.

Core Media plans on hiring 20 to 60 people from the local area.

Paisley Park right now has 90 parking spaces. The ONLY construction to Paisley over the next FOUR years will be adding an additional 40-50 parking spaces to the East side of Paisley Park, which will include a cul de sac like entrance and exit for Paisley, making it easier for vehicles to enter and exit the museum. There will be also widening of the door ways which will be done before the museum opens October 6th. They will have parking attendants and plan on double parking vehicles. They will be also having a shuttle from the Minneapolis Airport which will take you directly to the museum.

Guests will also see his video editing suites, rehearsal rooms, private NPG Music Club, a massive soundstage and concert hall, where he rehearsed for tours and held private events, plus thousands of artifacts from Prince’s personal archives — yes, that includes his concert wardrobe, awards, instruments and motorcycles. Right now, what was in place before is still in place. Nothing new. If that changes, I will let you know.

They will also have 24 hour security.

One thing; they WILL be keeping with Prince’s policy of only vegetarian items to be served and NO alcoholic beverages at all. I like that.

Merchandise: They will be having tour programs, apparel, and guidebooks.

After four years, they will see if the state will approve for lodging (hotels) to be put on the property so people can stay at the museum. There is a chance as well for apartments to be built around the museum property.-DocFB

Diagnosis: Paisley Park…will always be in my heart…..it won’t be the same. But it will always be in my heart. On the way up to the Bay Area earlier this year, I did an interview talking about Paisley Park being turned into Graceland and I winced. I told the interviewer “Paisley Park is far funkier than Graceland will ever be.” Hopefully that won’t be used past tense either. Like I said, if this helps the fans heal, and perhaps find closure, I am all for it. If not, well….

The latest Dr. Funk Podcast is up where this is discussed along with the latest news on Prince and more. Itunes non itunes users.