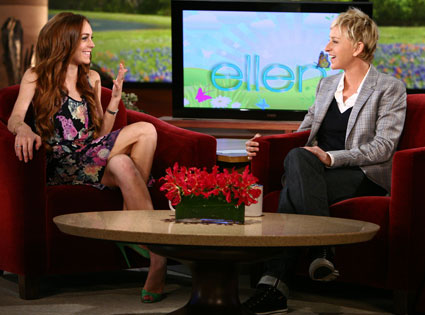 In the most interesting six degrees of seperation, or in this case, 3, Perez Hilton has added more fuel to the already smoldering  Gay Marriage issue.

Just recently, this huge ongoing debate has raised eyebrows with all celebs as it comes to equal rights.

Speaking of gays, talk show host Ellen had bisexual or confused star Lindsay Lohan appear on her show to discuss her lesbian relationship where she opened up about all things including her career.

On a side note, Prince’s ex-wife got involved and posted on drfunkenberry.com’s official facebook page after a tweet about Prince on his way to Ellen:

Manuela Testolini, Prince’s ex-wife was the first to comment and stated:

“I hope she asks him how he  feels about gay marriage. something tells me he won’t be as pointed as Miss California.”

Lindsay Lohan was interviewed as we  reported earlier and not Prince. Her comments obviously stemmed from a New Yorker article from late last year that was full of misquotes as we pointed out. Perez Hilton even commented about those misquotes as well as Ann Power L.A. Times Interview.

It seems like this week with Perez Hilton’s question to Miss California at the Miss USA Pageant about gay marriage has sparked fires everywhere. Even with Ex-wives.

Love see no color or gender.  Plain and simple. -Dr.FB