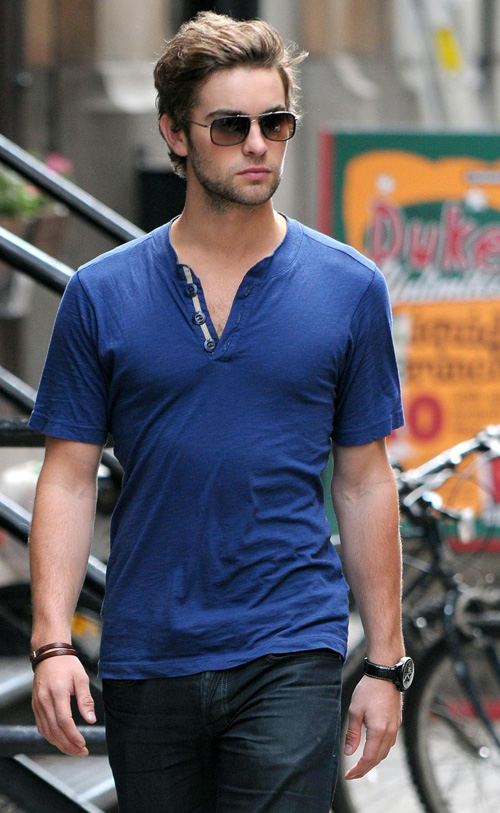 If they were ever to remake Saturday Night Fever, I know who should star in it.

Even when Chace Crawford is just walking down the street, he is straight New York cool.  The “Gossip Girl” star seems to be enjoying his summer.

All we have to wonder is when will Chace really blow up?  We think sooner rather than later with his upcoming film, the remake of Kevin Bacon’s “Footloose” which is bound to be a super hit.-Dr.FB