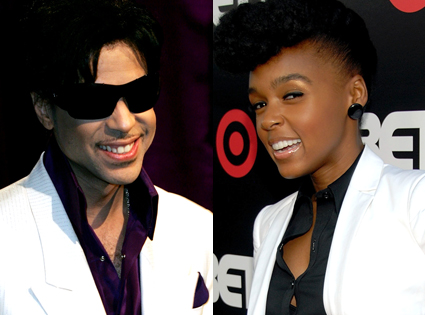 So Janelle Monae was in Minneapolis, MN last night at First Avenue and some purple spies tell us PRINCE was in attendance with his full band.

Janelle had to Tweet before the show about First Avenue knowing it was where Purple Rain, the greatest rock n roll movie ever made, was filmed.

We heard after Janelle funkdafied First Ave, she headed back to Paisley Park, Prince’s recording studios in Minneapolis for those who don’t know, and jammed with Prince and his 8(?) piece band for a couple of hours with her and her band.

Why oh why couldn’t have someone filmed that?  All that funk in one place?  We might have passed out from the overload of true artists creating.

Something special happened with Janelle as she had to tweet this:

Finally learning something that I have been trying to learn for a while! Yes!!!!

We also hear that PRINCE and the band checked out Esperanza Spaulding at the Dakota Jazz Club in Minnesota earlier in the week as well.

Janelle and Esperanza are GREAT musicians in their own right.  Make sure to check them out if you haven’t already.

With PRINCE set to tour Northern Europe next month, we wonder what other purple surprised we can expect soon?  One can hope, right?-Dr.FB