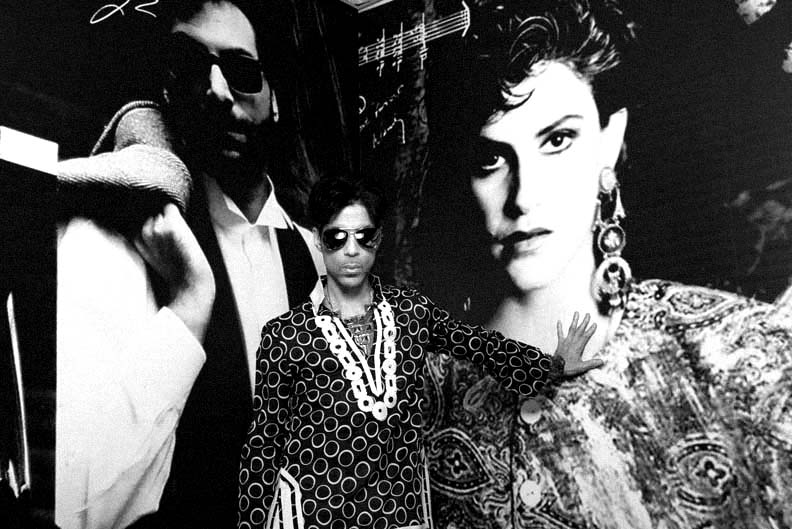 Former PRINCE & The Revolution member Bobby Z. had a heart attack earlier this month.  He has since been released and is back home.  His former boss has a special treat in mind for him and fans.

PRINCE will be funking up the Oracle Arena next week in Oakland and PRINCE and company are rushing to get a new “Cali4nia” tour book ready for opening night!  Tickets are selling fast, so you better hurry.

The shot above taken from the Parade era featuring PRINCE, Bobby Z., & Wendy Melvoin will be in the new version of the tour book.   Also, other shots taken at PRINCE’s recording studio Paisley Park and his run of sold out shows at Madison Square Garden will be featured as well.

PRINCE & The New Power Generation wants Bobby Z. to come out soon to join the tour and play “Purple Rain” with him.

Prince had this to say exclusively to DrFunkenberry.com;

“Nobody plays drums on the song “Purple Rain” like Bobby.  Never flashy or loud, he plays like a slow burn love song.  Bobby’s way of playing made each live rendition of the song better than the last.”

Hopefully, Bobby will be able to play “Purple Rain” soon.

What do you guys think of the photo and PRINCE’s comments about Bobby Z?-Dr.FB