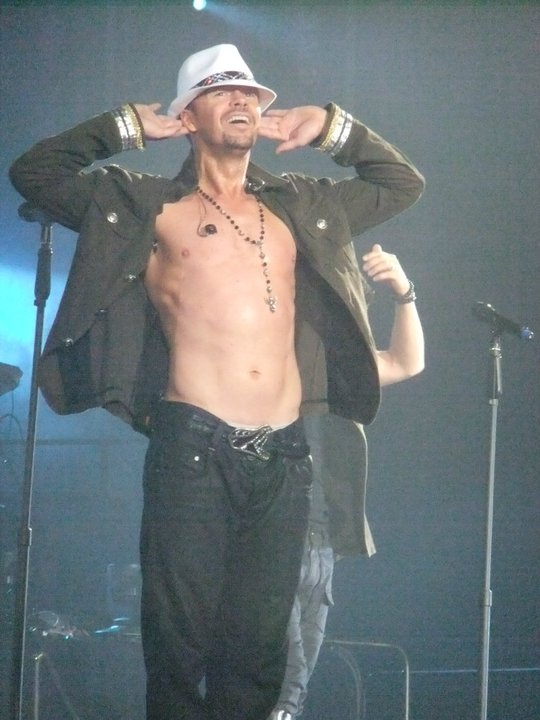 If you think Donnie Wahlberg is everywhere, you would be right.   Right after filming his TV show “Blue Bloods” he took off on tour with NKOTBSB (That’s New Kids On The Block & The Backstreet Boys for those still living in 1991.)  Donnie also filmed “Zookeeper” with Kevin James as it shot in Boston.  The movie premiere is also the same night as a concert for Wahlberg.  Problem?  Not for Donnie!

Donnie will be in Los Angeles for the movie premiere Wednesday and then find a way to Anaheim, about 35-40 miles out of Los Angeles.  He will miss a fan meet and greet before the concert but promised he would make it up to them after the show.

We imagine Donnie will take a private helicopter to Anaheim as L.A. traffic can be nuts.  The Doc will be at one of the events that Donnie will be at that night.  We will let you guess which one.

BTW, we hope you dig the photo of Donnie above from the NKOTBSB show in  Las Vegas this weekend.-Dr.FB