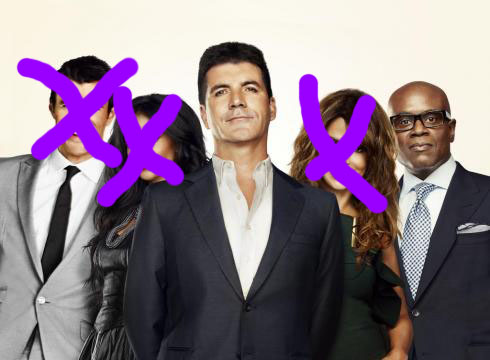 According to reports, Paula Abdul was informed by the network that she would not be returning to X Factor.

We reported earlier this month that it was expected for Steve Jones to be released as host and Nicole Scherzinger would replace him as host and Mariah Carey would replace Nicole as judge.  Although Simon Cowell and Fox are interested in Mariah, she has yet to commit.

This now leaves Simon Cowell and L.A. Reid as the only returning judges from the first season of X Factor.

Simon’s former show, American Idol, has been slipping in the ratings in its first 2 weeks of the 10th season.

Paula Abdul was tweeting about X Factor earlier today but has not tweeted since the news broke of her departure from the show.

I felt that Nicole and Steve were the weak links of X Factor, even though all of Paula’s teams were eliminated rather early in the show.

What do you think of Paula being let go from X Factor?-DocFB

Diagnosis:  Who will fill the 3 open spots?