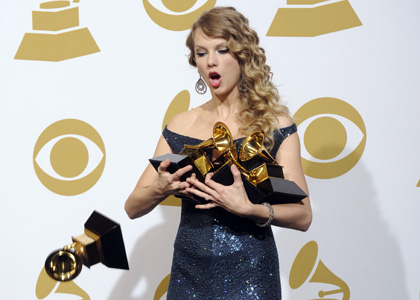 Taylor Swift topped the Billboard Biggest Earners list, pulling in $35.7 million from album sales and songwriting royalties. She pulled in another $88.5 million from her “Speak Now” tour.

Who rounded out the top 10?  Click the continue reading button below;

Congrats to Taylor.  Let’s not hope you are acting too surprised about this news.-DocFB