Posted at 19:29h in Music by drfunkenberry 20 Comments
0 Likes
Share 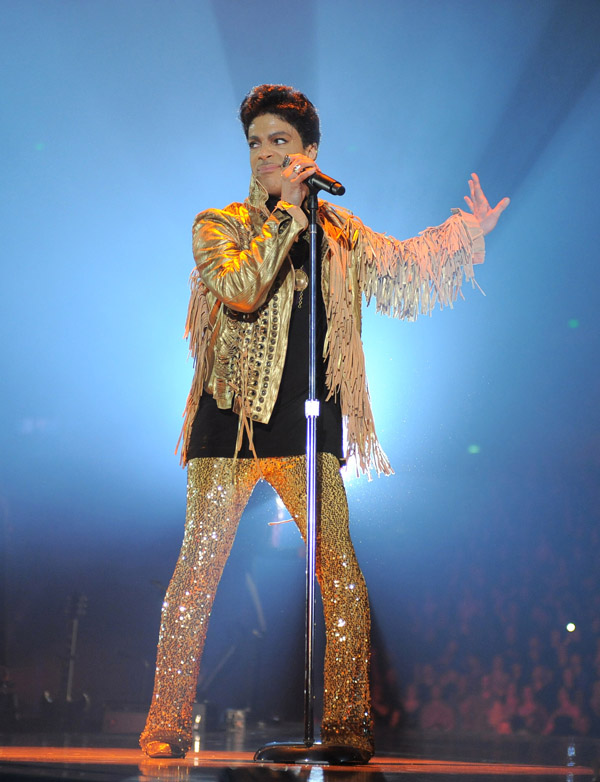 “Everybody should experience this song in concert at least once in their lives,” he told TheFIX. “No one experience is the same.”

Even though he hasn’t taken the stage in Australia since 2003, he feels this trip will be the best because of his crew.

“These people are sooo much fun!  We actually enjoy one another’s company and it’s reflected onstage every night.”

He talks about songs that used to bore him performing. “It used to be ‘Little Red Corvette’ until we re-worked it into a slow blues,”  “It’s hot now. A good example of song evolution over time. We actually know better what the song is about now.”

Hmm.  You mean it wasn’t about a…..ahhh  nevermind.

His favorite live music right now is Lianne La Havas, his guitarist Mr. (Andy) McKee, support act Delilah and Andy Allo.  His all time favorite?  Bass legend Larry Graham.  “He reminds us all of what was great in the past.  “Everyone who meets him has the same response. He’s a kind man who is always encouraging. After a shred with him you feel like you can conquer anything.”

Prince even brought up Madonna, one of the big 3 of music acts from the good ol’ days, the 80’s, and her success, although different than his.  “Every artist approaches this from a different angle,”  “[Madonna] has actually become quite successful on her own terms.

He even talks proudly of his first and former record label Warner Bros.

“To us, [credibility] is all subjective. I started off primarily as a live performer, who mastered the studio at an early age by actually owning one.

“Warner Bros. granted rights unheard of at the time that allowed us the freedom to produce music unencumbered. Working without a net or a ceiling benefits us greatly. Thus, music became a real job, not a hobby.

Although Prince and Madonna are still around, 2 of the 80’s biggest stars, Michael Jackson and Whitney Houston unfortunately, are not.

When asked why he did not have a similiar fate, he asks the interviewer to watch a youtube clip of the author of “Eat, Pray, Love” Elizabeth Gilbert.  We provided the video below.

“The music we create supports families and dreams. Both of which are quite big now.”

Let’s Go Crazy
Delirious Let’s Go Crazy (coda)
1999
Little Red Corvette
Lost & Found
Nothing Compares 2 U
Take Me With U
Raspberry Beret
Cream
Cool incl.
Don’t Stop ‘Til You Get Enough
[guitar set]
Sometimes It Snows In April (instrumental)
Love… Thy Will Be Done (!!!)
Mountains . .
The Dance Electric . .(!!!)
[Sampler set]
When Doves Cry / Hot Thing / Nasty Girl (instrumental) / Sign O’ The Times / The Most Beautiful Girl In The World / Forever In My Life / I Would Die 4 U all as sample snippets w/ live vocals
Kiss . .
Purple Rain . .
Controversy .
Peach

Here is a download link to a HQ photo of Prince used for this story.