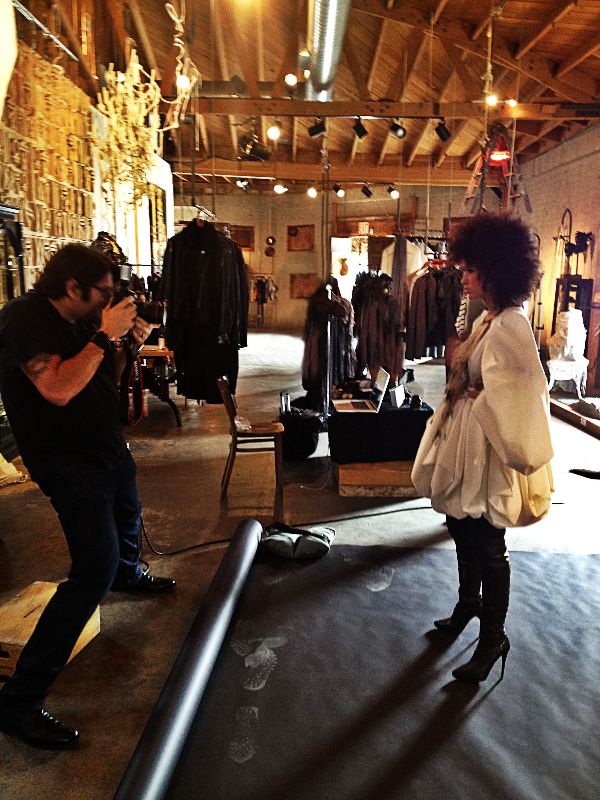 Here is an EXCLUSIVE photo of Andy Allo being photographed by the brilliant Mathieu Bitton!  This photo was taken by by journalist Katya Yarotskaya and shared graciously with us!

The shoot was done with Mathieu Bitton at Church Boutique in Los Angeles. It is a fashion story for the March 2013 issue of Rolling Stone Russia Magazine.

Andy is in town for the Grammys and already making quite a splash at the parties. Last week, she put out a touching tribute to her nephew Sudama, and the story behind his name, which you can listen to below.

Mathieu Bitton’s “Looking Back On Love” documentary has been released on I-Tunes and was a top 5 seller. Bitton will be having a retrospective show and catalog with Bui Gallery at a John Lautner mansion in LA Feb. 18th.

Don’t forget that Andy is set to be featured on the Guitar Center Sessions  Feb. 22nd, 2013 and is hoping for a tour in the Spring.

We want to thank Andy and Mathieu for letting share this photo here before anywhere else!-DocFB