22 Apr Perez Hilton On Gay Marriage: He Is Right! 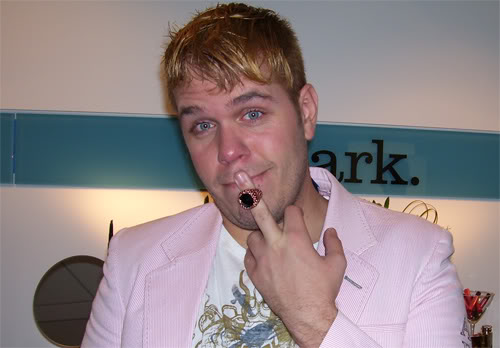 If you have not heard about the Miss USA Gay Marriage question from Perez Hilton this week, you are either dead, under a rock, or getting boned again by Marilyn Manson.

The question asked by Perez pertained if same sex marriage should be allowed. You knew as soon as she started talking about opposite marriage, that she was about to say something stupid.  Opposite marriage? Miss California Carrie Prejean said she thinks marriage should be between a man and a woman.  No offense.  “No offense.”  Oh I just hate you and want to pee all over you but no offense OK?  Jeees!

Everyone is entitled to your own opinion.  That is what makes this country so great.  But your opinion means more when you are in positions such as she was.  Let’s be honest here, that question cost her the pageant.  Plain and simple.  She is more unpopular than a Dustin Diamond & Denise Richards convention.

The sanctity of marriage.  Total BS.  As soon as church and state became involved in marriage, you lost that argument.  If you are so against gay marriage, then maybe you should be more against straight marriages divorcing.  You want to talk about sin?  Doesn’t it say til death do us part?  Well then.

Perez is in the right.  It was a fair question.  It is no secret we support gay marriage.  Let them get married.  Why do you care so much?  What harm are they causing you? We are taught to love one another right?  He is being outspoken because he was involved in the controversy and has been a gay rights activist in his own way since the inception of his site.  He has a voice and wants to be heard.

Just like I said before, this country is great because you can have an opinion.  It just so happens that Perez’s opinion is the more popular one and the right one.-Dr.FB