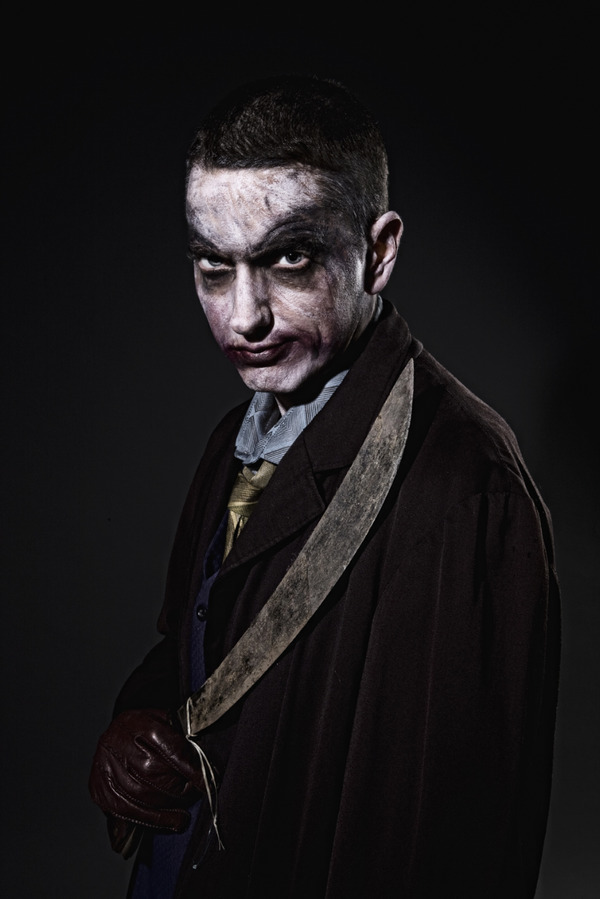 Is this the cover for Relapse 2 to be released later this year?  Was this Eminem last Halloween in a weird ode to the Heath Ledger’s Joker and a combo thrown in of Hugh Hefner and a pirate sword for good measure?

Or maybe he is a new member of the Insane Clown Posse.  Uhoh.

Eminem had this message under the photo:

A world so dark, a world so cold… The devil only knows. It’s Friday, the 19th.

I wonder if it is a hint that Relapse 2 will be released on June 19th?  We will see.

What we do know is that Eminem’s new CD Relapse offically drops today.  It was leaked online weeks ago and has had some pretty disparaging reviews although the fans have stood by it so far.

What we do know is that Eminem is performing 2 more nights on Jimmy Kimmel soon and is throwing a free concert in his hometown of Detroit.

Others may say it’s cheap promotion?  Me?  I don’t care and it comes off as promotion and very charitable.  Last time I checked, that was pretty cool.  I am sure even the ICP would agree.-Dr.FB

Update:  Just spoke with a friend from Interscope and Relapse 2 is scheduled for later this year.  Much later.   Think November/December.  Just wanted to keep the Shadyheads in the loop.