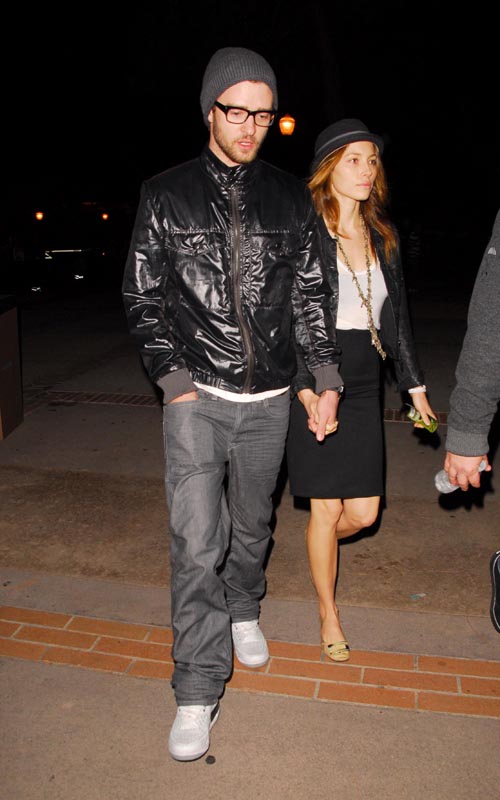 David Schwimmer, best known as Ross from “Friends” is engaged to photographer Zoe Buckman.  Much is being said about the age difference of David, 43 and Zoe, 24 and calling David a creepy old man.  Haters….

Contrary to rumors and photos we posted of Justin at Tao Nightclub in Vegas, Justin Timberlake and Jessica Biel are still together…. So guess Justin WASN’T bringing “Sexyback” to his hotel room then…right?……

Emma Watson of Harry Potter fame has dumped her longtime boyfriend Jay Barrymore (no relation to Drew.) as the couple was dating for 2 years….. Go get her Re-headed kid from the Potter movies whose name escapes me right now….

Demi Lovato, the cutie, is letting it be known that her and Joe Jonas are an item.  Seriously, an item.  I saw them at Target and did a price check on them while picking up a Bender Ball.  Joe Jonas is happy the relationship is out in the open.  Yea, so the gay rumors will stop.  Oh come on.  Don’t act like you haven’t heard them.  Rumor has it if Joe didn’t start dating Demi, Justin Bieber woulda been all over that Disney behind…Oh baby, baby, baby….

Jennifer LustLove Hewitt and Jamie Kennedy have went splits-ville as a comment was released to People Magazine about the break-up.  Hope Jamie was aware of that……

Mario Lopez or A.C. Slater, for those who can’t let go of “Saved By The Bell” has got someone sperminated.  Rumor has it he told Zack Morris at The Max and he told Kelly Kapowski and somehow, Screech couldn’t keep it to himself and told Mr. Belding who told everyone.  The girl is Courtney Mazza and it appears to be the 1st baby for both…..