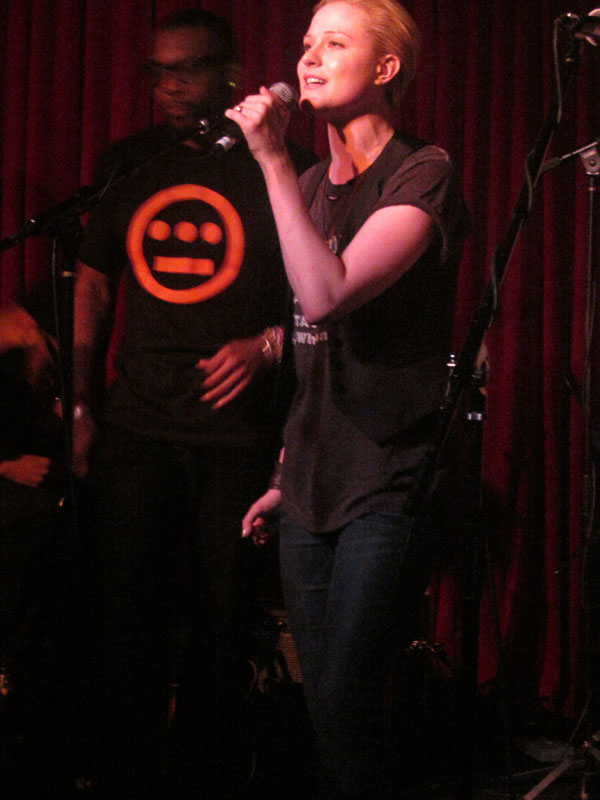 Martin Luther performed at Hotel Cafe over the weekend and brought some friends with him; one was newly engaged Evan Rachel Wood.

Evan, who is currently on True Blood, is engaged to Jamie Bell who met while working on the “Wake Me Up When September Ends” Green Day music video back in 2006.  The couple broke it off after a year together and Evan was linked to Marilyn Manson and was even engaged to Manson until 2010.

Ironically, during Saturday’s show, Evan covered “Sweet Dreams” by the Eurythmics, which was also covered by Marilyn Manson.

Check out the video above.  Thanks for a funky night Martin Luther and Evan Rachel Wood.  Total sweethearts.-DocFB

Diagnosis:  Who am I to disagree?