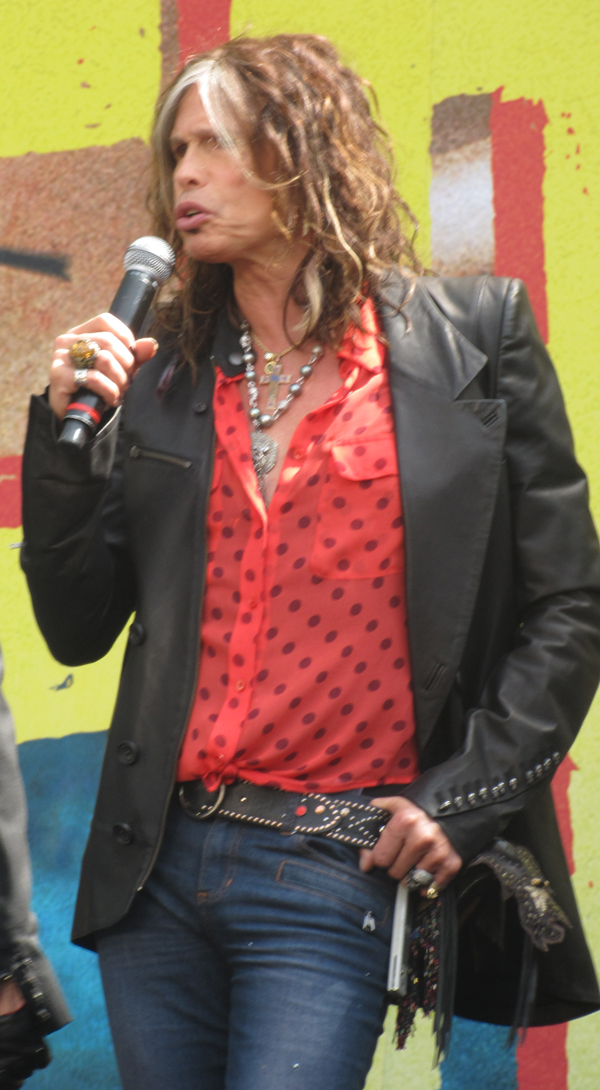 Steven Tyler has made it official today as he announced he is leaving the judge’s chair on American Idol. Tyler was a judge for the past 2 years on Idol.

“After some long … hard … thoughts … I’ve decided it’s time for me to let go of my mistress ‘American Idol’ before she boils my rabbit.”

“I strayed from my first love, AEROSMITH, and I’m back – but instead of begging on my hands and knees, I’ve got two fists in the air and I’m kicking the door open with my band. The next few years are going to be dedicated to kicking some serious ass – the ultimate in auditory takeover.”

“On Nov. 6, we are unleashing our new album, Music from Another Dimension on the Earth, Moon, Mars, and way beyond the stars. IDOL was over-the-top fun, and I loved every minute of it … Now it’s time to bring Rock Back. ERMAHGERD.”

At a press conference for the “Global Warming” tour, Steven stated that “We would not let you down” when it came to Aerosmith. It seems he knew that he would have to commit to the band full time.

As for Idol, there has been no ill will and wish Steven good luck with Aerosmith.

With Jennifer Lopez being non-committal about returning to the singing competition, Idol is in shambles yet again.-DocFB