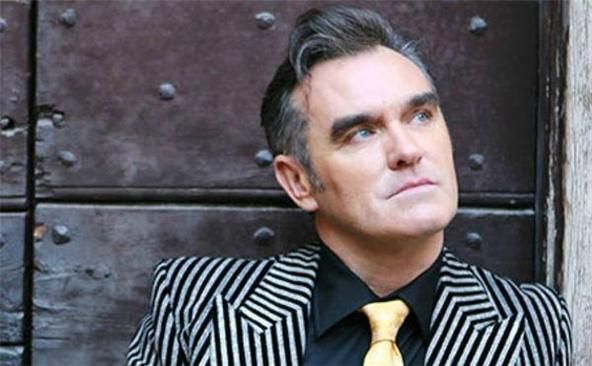 Morrissey is set to tour the U.S. starting in May and will also release his first album in 5 years! The U.S. tour will start on May 7 in San Jose at the City National Civic Center Auditorium. The tour will continue across the country through June 21, when it concludes in Brooklyn, New York at Barclays Center Arena. The tour of more than two-dozen performances will include dates at renowned theaters, opera houses, concert halls and arenas, affirming the artist's unique relationship with with his fans built on a 30-year recording and performing career that enables him to command the stage at venues of every kind. Morrissey's special guest on all dates will be singer, songwriter and keyboardist Kristeen Young, with Tom Jones joining Morrissey as support artist in Los Angeles and Sir Cliff Richard as support artist in New York City. For more news on the new album and tour dates, click here!
Read More

It is a common game played in the music and celeb world a lot. "Is he/she or isn't he/she?" and it has destroyed many careers in the process. Morrissey...

Jimmy Kimmel is upset with Morrissey for dropping out of an appearance on his show over the cast of "Duck Dynasty" being on the show and then ripping the late...

[caption id="attachment_13099" align="aligncenter" width="600" caption="Facebook"][/caption] The fan page for Dr. FUNKENBERRY's CELEB NEWS on FACEBOOK  is blowing up! I added exclusive photos of Green Day, No Doubt, Seal, and Nikka Costa along...